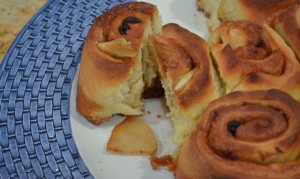 My two sisters and me recently decided to do a nostalgia (we grew up there) inspired trip to Seattle to see, smell and touch things from our collective childhood memories and visit the cemetery where my father rests.  We found two and one half days out of busy schedules that coincided, since sister Carole lives in Portland Oregon, sister Barbara lives in Hurricane Sandy territory in Jersey and me, in Southern California.  Seattle is a very moody atmosphere laden city with its low cloud deck and soft light that does not strain one’s eyes.  The foggy dew laden mornings give way to late morning mist and finally around three in the afternoon we were surprised to see the glorious sun  break through.

One of our first stops was Seattle’s Pike Place Market in downtown. My mom- Noni – drove our grandfather there every week to do his and our shopping. The cobblestone street is still in front and parking is still at a premium.  Many of the fresh produce vendors that occupied stalls when I was a child have been replaced with tourist stuff and clothing albeit handmade and Northwest or Seattle labeled.  The fabulous fresh fish is still there and I shipped plenty home. On the opposite side we strolled past the original Starbucks and many incredible bakeries. One French bakery had croissant reminiscent of Paris and French macaron in flavors I hope I can recreate sometime like caramel and tangerine.

Looking into one small window that fronted the side walk I saw a women working a huge mass of yeast dough and the cinnamon smell wafting out the door drew me in at once.  This was a tiny bakery turning out the most delectable cinnamon rolls with pieces of fresh apple tucked into the curves of the roll.  I bought it, I ate it, I had to copy it to the best of my ability. I confess, I ate a bite of everything we bought in three bakeries, along with several espressos.  Somehow in Seattle with the little chill and salty foggy air it was great. Place warm milk , sugar, and yeast in bowl of stand mixer. Let milk stand for a few moments until it is foamy.  Add 1/ 2 cup flour to mixing bowl and turn on mixer to medium speed. When milk and flour are combined, add eggs, vanilla, salt and remaining sugar.  Beat to combine, and then, reduce speed to low, and add flour 1 cup at a time.  When flour is incorporated, turn up mixer speed to medium until dough is smooth, begin to add in butter 1 tablespoon at a time. The dough takes on a rich look as the butter becomes incorporated.

Set dough in bowl aside to rise in a warm corner with a light plastic wrap on top.  I make a nice little bed of dish towels to keep it warm.  Let dough rise for about an hour or until doubled in size.  While dough is rising prepare and measure out cinnamon, brown sugar and core and slice apples.  Slice apples in half, then, thin slices cross wise and in half again.

When dough is ready, gently remove from bowl onto work surface.  Divide dough into two pieces.  Filling amount is enough for both pieces of dough. Each piece can be rolled out to an 11 X 16 inch rectangle.  I prefer to roll dough out on a large Silpat.  Once you have a large even rectangle, spread it with 3 tablespoons of soft butter. Spread  butter to within 1/ 2 inch of edges. Sprinkle 1 and 1/ 2 teaspoons cinnamon over dough.  Next, scatter brown sugar and raisins over the surface. Finally place apple slices on half of dough surface lengthwise.

Beginning on the long end without the apples, roll up dough into a tight cylinder.  Pinch the seam shut.  Using the palms of your hands pat the two ends of cylinder to compact them and make that last piece more even.  Slice each cylinder into 8 rolls.  You can use a knife, but to avoid tearing the delicate dough, try a scissor or some dental floss that you slip underneath, cross and tighten.

Place the rolls in 9 inch cake rounds that are greased with additional butter.  Place cake pans with rolls back in warm corner to raise a second time.  Heat oven to 350°F.   When rolls have doubled in size they are ready to bake. Bake in a  oven for about 25-30 minutes until dark golden.  We prefer ours without icing.

For classic icing mix 3 cups powdered sugar with about 3 tablespoons of milk.  When the consistency is how you like it, you can spread or drizzle on cinnamon rolls.  Variations, add a drop of vanilla or cream andsome room temperature butter.