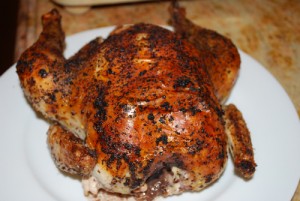 Yom Kippur begins this coming Friday night, with an early dinner before sunset and then everyone rushing to synagogue or temple for Kol Nidre services.  Yom Kippur continues until Saturday night an hour or so after sunset or when the rabbis determine that the Sabbath is actually over.  At that moment, a holy person in the congregation may blow the Shofar or rams horn. The end of the Yom Kippur service is called Neilah and as all of the full house of congregants prays aloud to god the atmosphere is hypnotic.  Jews fast from Friday night’s early dinner until Saturday night after the sounding of the Shofar.  The fasting is meant to show sincerity to god in your prayers but it also increases ones feeling of other worldliness and enables one’s communication with the divine.  The blower’s voice is often hoarse from the lack of water for the last 24 hours and tension in the sanctuary mounts as he begins to coax the difficult notes from the rams horn.  They are not ordinary notes, but notes of specific length and order.  A designated person times the notes to validate their kashrut (correctness). The voice grows stronger in anticipation of beginning the new year literally on a good note. The Shofar sends everyone’s prayers to be inscribed in the book of life for the coming year, directly to gods ear.

In light of the fast of Yom Kippur, a well thought out meal is served on that night.  In my home I don’t want to serve anything salty that will create thirst the next day through the long afternoon.  I also want to serve something that is rib sticking and will stay a long time.  I typically don’t invite guests for the beginning of the fast since we are in a rush to eat early.

The next night a break-fast is another matter, and we are always invited to many parties.  Break-fast party fare usually follows two lines. One might be bagels, lox, and salads with sweet kugel and blintzs or another menu might be a full blow meat menu with brisket and the works.  I just want a piece of good fresh challah with honey drizzled on top, some fruit, and coffee cake.

My menu for before the fast: