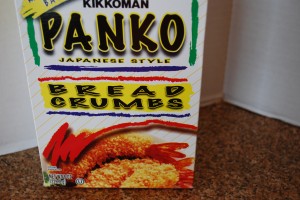 Yesterday, as I contemplated the fact that I volunteered to make potato latkes for 17 people this coming Friday night, I decided to do a trial run. Latkes are comfort food on steroids with that fried, crispy, exterior and melt in your mouth tantalizing interior.  I took these photos and checked the recipe.

Although latkes contain deceptively few ingredients, they can come out grey, oily, and soggy.  To avoid these pitfalls I offer a few tips.  Only work with two very large Russet potatoes at a time.  When I have a lot of guests, I have the ingredients lined up in an assembly line with only the potatoes to grate, fresh for each new batch.  If you prepare more than that at a time, the potatoes begin to oxidize before you can fry them all.  Heat your sauté pan ahead of time.  I prefer safflower or canola oil. Add the oil after the pan has been heating for a bit.  Make the oil almost a ¼ inch deep and don’t add the latkes until the oil is hot but not smoking.  You can test the oil with a tiny shred of potato.  Keep a constant eye on the oil temperature, so it doesn’t get to hot or cool.  When you are making the latke mix, squeeze out as much liquid as possible from the grated potatoes.  Change the oil for every new batch of potatoes.

Potato latkes are great with homemade applesauce, sour cream, sugar and cinnamon, cranberry sauce, or just plain brisket juice.  Sometimes I serve them with a tiny dollop of sour cream or cream fraiche a slice of smoked salmon and a bit of caviar Peel, wash, and dry, potatoes.  On the large holes of a box grater, grate potatoes into a medium bowl.  Preheat a sauté pan on high heat.  You can use a food processor grater if you prefer. Grate the little piece of onion as well. Using your hands, squeeze liquid out of grated potatoes in bunches and place them in a second bowl.  Add salt, flour, and eggs.  Mix this with your hands.  Add oil to the sauté pan, about a quarter inch deep.  Begin to form the latkes with your hands.  They should be loose pancakes, about two to three inches in diameter.  Carefully add them to oil.  When you see the edges turning gold, it is time to turn them.  Turn with a spatula.  Turn down the temperature a bit, so the potato has a chance to cook through before they become to dark.  Remove golden crisp latkes to paper towel covered plates to drain.  Be sure to drain them single layer to avoid being soggy.  After removing all latkes from the sauté pan, start the next batch. Every two very large potatoes makes between 15-18 latkes.  Latkes reheat great in a 250°F oven.  Count on your family or guests eating from 3-5 each.